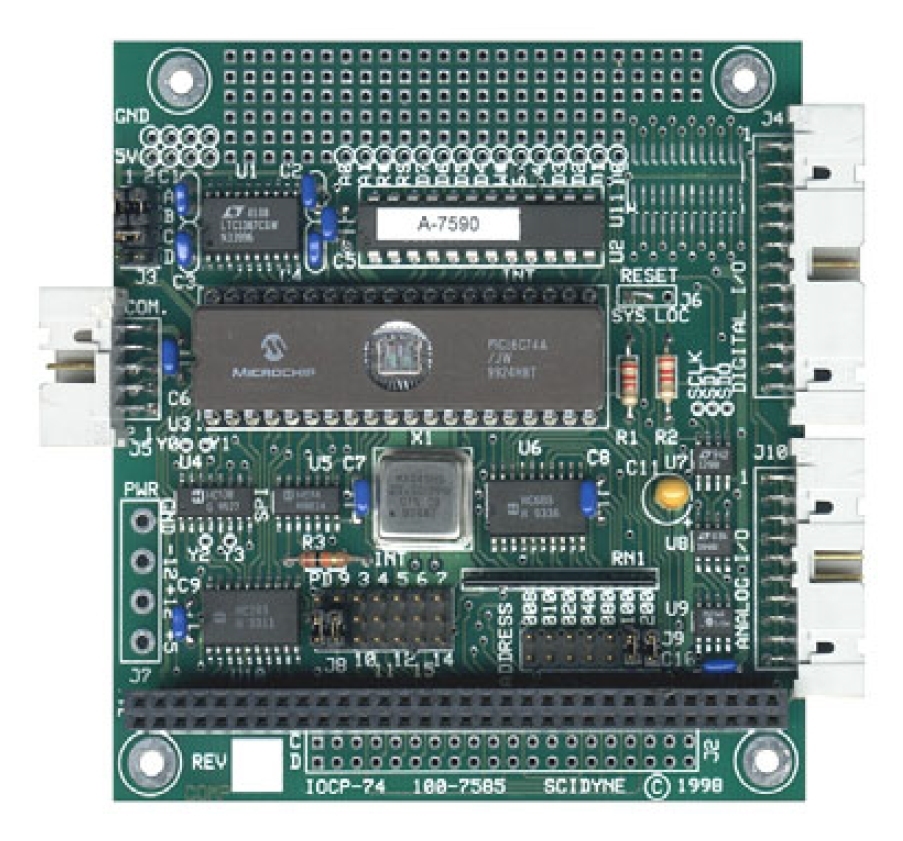 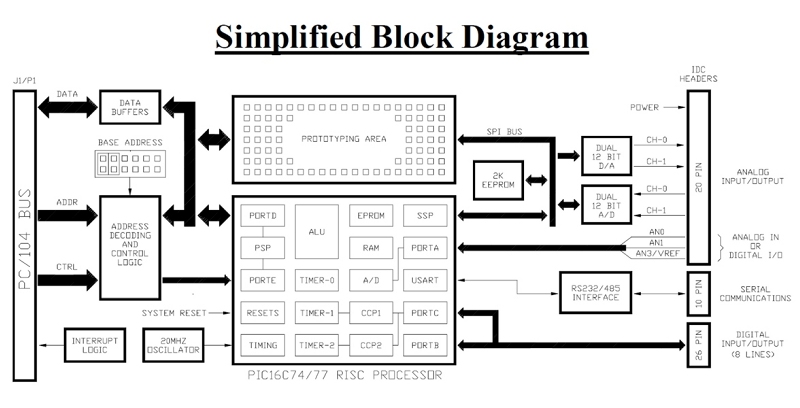 A Microchip RISC processor controls on-board circuitry and executes application specific computations and Logic operations. The board is supplied with a PIC16C74A microcontroller but supports several other compatible PIC microcontrollers such as PIC16F877 or PIC18F4520. The IOCP-74 consolidates the most requested peripherals into one module. Standard functions include: Analog and Digital I/O, Counter/Timers, EEPROM and Serial Communications. A user can easily connect additional hardware by means of the prototyping area which accommodates both parallel and SPI type devices in through-hole and surface-mount packages.

All module data variables and parameters are stored in a RAM array which the host accesses through a simple 8-bit sequential FIFO interface. This circuitry allows the exchange of relatively large blocks of data even though the IOCP-74 occupys only eight host I/O locations. Further efficiencies are gained by using the module's software generated shared interrupt to request host service only when specific events occur.

Jump-Start Your Project Development with the IOCPbios

The IOCP-74 comes with the IOCPbios, a set of assembly language routines and macros which directly control many of the module's core functions. Since most routines have already been developed, custom designs can be realized quickly and with a higher degree of integrity by means of the proven software.

To customize the module, a user simply merges the supplied PIC assembly language source code with any special software routines representing the specific application. The resulting code is then compiled and programmed into the microcontroller thus creating the final design.

Development effort and costs are greatly reduced by taking advantage of the vast amount of supplemental software, application information and third-party tools available for this very popular family of microcontrollers.